When you are browsing the internet you might have encountered the word “ight.” You might hear this word in the comment or see it on someone’s post. So have you ever wanted to know the meaning of ight? IGHT is internet slang and it is not an acronym. If you are interested to know the meaning and use of ight then keep reading this article. In this article, I have explained what this term is and how to use it properly.

Table of Contents show
1 What does IGHT Mean?
2 History of the IGHT Slang
3 The Usage of IGHT
3.1 Examples of IGHT in Use
4 Final Thought
4.1 Posts You May Also Love:

What does IGHT Mean?

IGHT means “Alright.” It is the abbreviation for the word Alright. Most people use this word to indicate assent, agreement, or that everything is okay. So it is clear that IGHT is a slang term used to express a positive thought. So you can use the slang IGHT as alternatives to the following words:

You can use IGHT to be a casual term to confirm or affirm someone else’s statement. You can also use this slang to confirm someone’s request or action. In other words, if someone is requesting permission from you to do something you can use the term IGHT.

History of the IGHT Slang

Many people use IGHT as “aight” where you don’t want to pronounce the “r”, but it sounds just like alright. This type of spelling is very common in the modern English language for words of Germanic origin. If you closely look at the pronunciations in the old English, “gh” produces a very harsh sound therefore it has become silent now. So if we silent the “gh” from the word IGHT then it will sound like the long “I.” So IGHT can be a very appropriate answer to anything affirmative, given the conversation is informal.

The Usage of IGHT

Examples of IGHT in Use

There are many ways you can use the word IGHT in a sentence. Here are a few examples:

In the above, for example, you can see how IGHT can be used as a simple, standalone answer to a question. Here, Friend #2 says “yes” by saying IGHT and accept Friend #1’s invitation.

Friend #1: “Sorry for the late reply, forgot to take my phone off silent”

The above example shows how IGHT can be used in a sentence to express satisfaction instead of saying “okay” or “fine.” Here, Friend #2 uses the word IGHT to excuse Friend #1’s actions.

Person #1: “We’re going to meet up at the Starbucks on Dawson St.”

Person #1: “About tomorrow’s event; bring your drinks if you plan to have a drink, IGHT bro?

The above example shows two persons are going to a party and they already know the event, venue, time, participants, and other information. Here the first person uses the word IGHT as a gentle reminder and asks the 2nd person to bring his/her own drinks to the event. The 2nd person replied in the affirmative using the word IGHT.

The above example shows how you can use IGHT as an exclamation. So you can use IGHT instead of “Well,” or “Okay.” In fact, you can use this term at the beginning of a sentence. Here, Friend #2 has used IGHT to add a bit of emotional expression before his/her comment.

It’s clear that the slang IGHT is used between closest friends and family members. These types of slangs aren’t used in official conversations and they gain attention, particularly because of the usage of social media. I hope the above information has given you a clear idea about IGHT and now you know how and where you can use IGHT on your conversation. 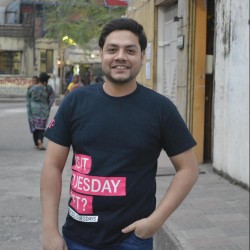